Menu
Get a Quote

Menu
Get a Quote 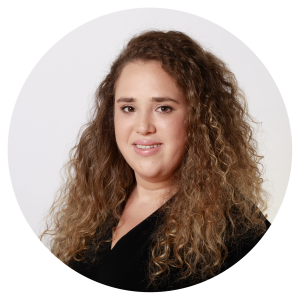 S Cube performs over 600 valuations per year. The vast majority of our clients operate in the technology sector, mainly start-ups at various stages, including unicorns and mega-unicorns. In fact, we perform most of the technology sector valuations in Israel, which provides us a broad perspective on the microcosm called the Israeli high-tech. Looking back, in 2021, S Cube’s clients made unprecedented multi-billion-dollar secondary transactions, and it seems that the world has changed, and that it is not a temporary phenomenon as we assumed in the past. We had coffee with Gidi Shalom Bendor, CEO and founder of S Cube of IBI Capital, to discuss some of the key issues that accompanied us over the last year and perhaps help us understand where the Israeli high-tech is going from here.

2021 is behind us, and the high-tech tide seems extraordinary in terms of the volume of financing rounds and company valuations. What are the main macro-economic factors responsible for the current trend?

Looking back on 2021, A new USA president was elected, and the new president took much more significant steps to tackle COVID-19 crisis. However, President Biden picked up where Trump’s actions left off and printed money massively, which affected the markets, stock markets, and especially the high-tech industry. Due to these actions, we witnessed very high IPOs and mergers to SPAC values throughout the first half of the year, but they partially halted in the second half of the year. We also observed a decline in the dollar’s value, and its purchase power.

These are all macro-economic processes that affected us all when a big “valuation”
premium was given to companies whose products and operation fields are intangible. Clearly, this generated an enormous impact on companies that are engaged in software, e-commerce, Zoom, etc.

The COVID-19 effect is the trigger for these processes. A year ago, the prevailing assumption in the markets was that COVID-19 was a phenomenon that would be overcome within a few months, and now, even though the effects are still here, the level of hysteria surrounding the issue has diminished. Has the world learned to live at ease with the virus?

If we held this conversation a month ago, I would tell you “We learned to live with COVID, I don’t see panic reactions…”, but then Omicron came along and shifted things around. Consequently, it is true that every few months we hear about a new variant, but the variant is not the only problem, the question is how our markets, stock exchanges, people, and leaders react.

Do you think COVID-19 is a sensation that will pass soon?

No. I don’t think it’s something that will pass in the upcoming year, but maybe in 2023 or even later.

What about the future? What do you expect for the markets and especially for the high-tech sector? Where are we headed in the next few months?

The technology tide seems to be fueled by phenomena that won’t stop in the near future. Money is cheap, interest rates are low, cash printing continues, and COVID’s direct effects will probably weaken or disappear at some point, though in my opinion, it won’t in the upcoming year, and the market expects the same. As you know, expectations ordinarily have a significant impact on the market and until now I can’t identify what will yield it to a stop.

If previous crises undoubtedly had a direct cause, like dot.com, when people sold one dollar for 90 cents, or in the sub-prime crisis when unsecured loans were handed out to people who could not repay them; at the moment, it is challenging for me to point to a temporary inflator to properly fix it, and that as a result the markets will probably tumble. I am unsure if the values will continue rising, but I do not think there will be a crisis. My concern is the high values. I purchase stocks… how exactly do I make a return on my investment? How long can they continue rising? I do not think the upward trend will continue, but in my opinion, it will not become a declining trend.

In these times, it seems that it’s still possible to fundraise easily, what would you suggest to those who haven’t decided whether to fundraise now or wait and raise at a higher value in the future?

I still cling to the well-known saying that you should take money when you can and not when you need. No company has gone bankrupt due to excess funds. So, whether to wait or not? The proper thing to do is risk management. I don’t think it’s worth taking a risk and, assuming it’s possible to raise funds at a good value, then go for it, and if in the future it’s possible to raise money at a higher value, then go for it again.

In the economic press, unprecedented secondary transactions that have taken place recently are mentioned frequently. Do you recall similar times in the past?

No, and my memory isn’t the problem, it’s purely that there has never been such a time (even at the peak of the dot.com era). Based on the volume of secondary transactions made by S Cube clients, I estimate the current magnitude is 20 times higher than we have seen in previous years.

Why is this phenomenon happening? COVID caused a tide in the entire high-tech industry. Are more options granted today in relation to the past? Or is it because companies are simply giving extra benefits to employees due to the cash excess?

A few things happened. First, just like other trends, secondary deals also have a “herd effect”. It suddenly became legitimate, common, and the “genuine thing” to do these deals, which is a 180-degree change! If ten years ago numerous investors and board members in Israel thought that secondary deals are a betrayal of the homeland (the company), “What? Don’t you believe in your company?” and so on, suddenly it became something with many benefits. If you don’t want the company to be sold for $30, 40, or 50 million, but you desire it to be sold for hundreds of millions and billions of dollars and maybe even billion-dollar IPOs, etc., it takes time. Meantime, the employees, entrepreneurs, and investors who invested at early stages do not meet money. That’s why secondary deals have gone from “homeland betrayal” to the proper path, because it allows primary investors to receive a return on their investments. They have not necessarily invested funds in the company for 20 years, so at least that allows them to sell their holdings or some of their holdings. The same goes for employees – a person who works hard year after year, suddenly brings money home that reminds them why they work. Secondary deals became a preservation tool, a tool that can be translated into money. The ESOs are not just paper, but they can actually be translated into cash money. Not less important, founders receive a lot of money while new investors who want to increase their holdings can do that without diluting other investors and shareholders.

Economically, it’s an improvement in high-tech wages that are relatively high anyway – do you think this is a long-term change in wage conditions or an episode that will pass when the current funding tide recedes?

If you live in an old building and climb three floors every day, it does not really bother you. But if an elevator is installed, and suddenly the elevator breaks down, will you think it’s not a problem since you climbed the stairs for years? No. You got used to the elevator. I think it’s the same with people, flexibility doesn’t go both ways. Once employees get used to more flexibility, it will prove very difficult for employers to take it away.